Holiday Out and Venture Out 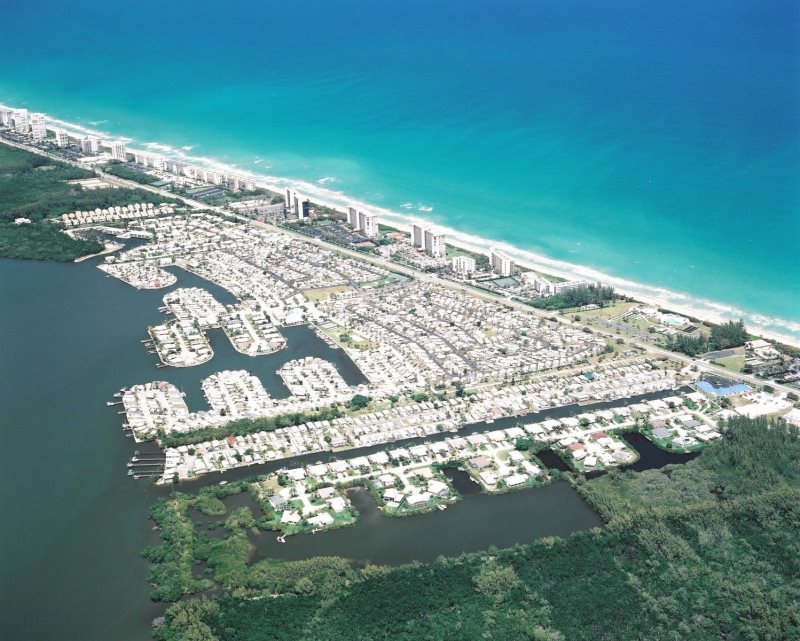 Holiday Out is an Indian River front, gated community containing 536 privately owned units, many of which are direct ocean access through the Intracoastal Waterway. Holiday Out is connected to the ocean side recreation area via a tunnel under SR A1A.  With 600 ft of Atlantic Ocean beachfront on beautiful Hutchinson Island, this Florida “Treasure Coast” location is hard to beat! The oceanfront recreation area contains: a swimming pool with spacious deck and baby pool, Bocce courts, Shuffleboard courts & Pickleball courts, Fishing access, Patio on the dunes.  the recreation building consists of a large hall for dances, dinners and meetings; an activity facility with game tables, and a library.

Venture Harbor of Hutchinson Island is an over 55 community of single-family homes nestled between the Atlantic Ocean and the Indian River. These beautiful properties are directly on the water with deep water docks available right outside your door. Properties have the luxury of wide water views and marina views.

This charming community features a few amenities for its residents that include tennis courts, a swimming pool, bocce ball, shuffleboard, a clubhouse, and marina.

Venture Harbor is located on the luxurious Hutchinson Island with its tropical and peaceful lifestyle. The island is home to many species of bird and wildlife and most of it is as natural as the day it was discovered.

Venture III is an oceanside community located on Hutchinson Island, in Jensen Beach, Florida. Whether you are coming to enjoy the warm sun and beaches to escape the harsh weather of the North or have decided to make a permanent residence on the Treasure Coast, you’ll be in good company at Venture Three.

Venture Three is tucked in between the Atlantic Ocean and the Indian River Intracoastal Waterway, perfect for a relaxing day at the beach, from the private beach parking lot.

Venture Three boasts numerous Amenities for our residents, including a heated pool, library, pool tables, wood shop, and several types of outdoor courts to break a sweat and have some fun. Venture Three also has easy access to shopping, theaters, golf courses, and fine dining.

South Hutchinson Island is a barrier island in the middle of the Treasure Coast of Florida, stretching a narrow 23 miles through both St. Lucie and Martin Counties with the Atlantic Coast on the east and the Indian River on the west.